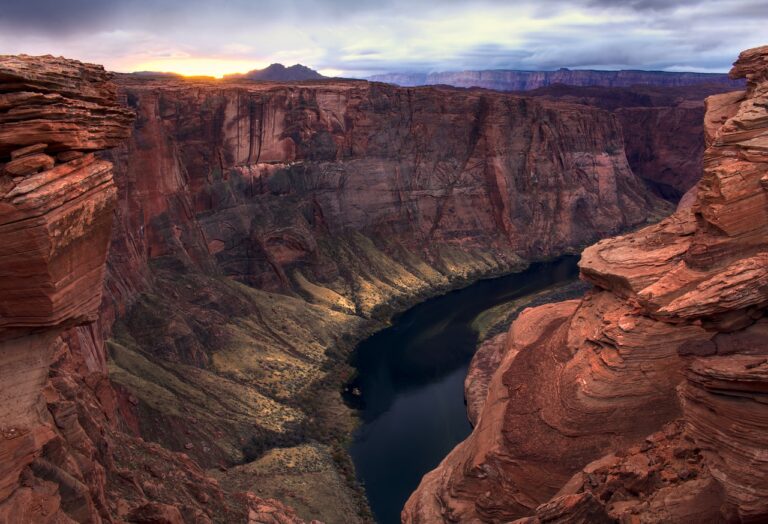 on the racial wealth gap

Dr. Ellora Derenoncourt of UC-Berkeley recently presented her co-authored paper, "The racial wealth gap, 1860-2020," at an NBER conference. The paper focuses on the disparity between Black and white Americans because it is widest, 6 to 1, and persistent. Dr. Derenoncourt finds that the racial wealth gap will likely persist indefinitely and even increase without political intervention.

I encourage you to read the paper.

However, the Vox Netflix series Explained: The Racial Wealth Gap provides a quick background to get you up to speed with the issue.

But Martin Luther King, Jr. sums it up even more succinctly:

For it is obvious that if a man is entered at the starting line in a race three hundred years after another man, the first would have to perform some impossible feat in order to catch up with his fellow runner.

As an Estate Planning attorney in Austin, Tx, who specializes in providing clients with comprehensive wealth and retirement plans, I cannot ignore the effect of the racial wealth gap on my clients' specific situations. Pairing an estate plan with a comprehensive wealth plan aims to ensure the effectiveness of the former. However, for Black and Hispanic (the focus of a subsequent post) clients, the effects of starting the race three hundred yards after the starting gun persist.

But, it can help. Surely.

I will suggest how below.

First, let's attempt to understand the scope of the issue.

evidence of the racial wealth gap

This graph from a Brookings Institute blog post, "Examining the Black-white wealth gap" paints the picture starkly. The median net worth of Black households (and Hispanics) remains pinned below $20,000 from 1989 to 2016. Eyeballing the line for white households, it looks like the average over that time period has been about $160,000. So, white households have a median net worth between 6 and 10 times, and probably on average about 8 times that of median Black households.

As expected, the median net worth increases as heads of households age. However, the racial wealth gap presents early on when household heads are 18-34 and becomes a yawning chasm from 45 to 75 plus. Deep into retirement, white median net worth stands at over $300,000. At the same time, Black median net worth rises to just over $50,000.

why the racial wealth gap persists

The racial wealth gap persists because of racism, explicit and implicit. From birth, infant mortality rates of Blacks (11.2 per 1000) far exceed white (5 per 1000) infant mortality. Black mothers are 3 to 4 times more likely to die from complications related to pregnancy than white mothers. Black children's pre-K environments are sub-par. There is a significant funding gap between majority white and Black school districts.

Blacks are both underrepresented at public four-year colleges and overrepresented at for-profit institutions. As a result, Blacks are more likely to earn merely certificates rather than degrees. And, among degree holders, Black students are woefully underrepresented in the more lucrative degrees (i.e., Business, Computer Science, Health Professions, etc.).

But, even attaining a degree does not serve to minimize the racial wealth gap. "Research shows that [B]lack households headed by a college graduate have less wealth ($23,400) than white households headed by a high school dropout ($34,700)." (see Whiteness of Wealth by Dorothy A. Brown, page 21 and footnote 28)

Because of unequal educational investment and opportunity, Blacks have difficulty finding well-paying jobs. But, even when Blacks do find relatively well-paying jobs, they experience an average gap of $3,000 right out of college. Professor Brown notes that this disparity likely compounds as workers gain seniority.

Even since the passing of the 1964 Civil Rights Bill, a persistent gap in the overall unemployment rate remains. Among Black Americans, the gap tends to widen during recessions, and trail during recoveries.

Black income persistently lags behind white income (the longest comparison of available data at FRED). And when it falls, it does so more precipitously than white income. During a time of increasing income, Black income does not rise as fast as white income.

In professions with less disparate wages (perhaps due to union contracts), Professor Brown reports that "black and white nurses reporting comparable incomes near $55,000 reported median wealth of $20,000 and $93,500, respectively." So, the racial wealth gap shows up even among the highly educated professionals with comparable incomes. This is likely due to the generosity of successful Black professionals in trying to financially support struggling friends and family. But it also hints at the ability for white families to transfer their significant prior resources forward.

Professor Brown also explains how Blacks tend to work at companies with lesser benefits (or as contractors - without the benefits of full-employees). This may mean lesser health care insurance - leading to poorer health outcomes. It may also mean lesser or no employer retirement benefits such as the standard 6% 401(k) match.

Although I could go on, I will conclude this section with the key insight of Professor Brown's book: the tax system in effect treats Black families differently. Because the income tax system provides preferential treatment to one-partner earners, a family with a one-income $70,000 breadwinner and a parent who stays at home to raise the children pay less tax than a two-income household each earning $35,000. Black families tend to have two-income households with similar levels of income, rather than households with a single income.

The homeownership rate among Black Americans lags the overall rate. The rate appeared to perhaps be narrowing in the 1990s, but widened and remained since 2004. The lower incomes and net worth of current potential homeowners make purchasing a home difficult. Add to that the effect of lower incomes and net worth of prior generations, and you can see how the problem compounds and persists. White adult children, whose parents and grandparents enjoyed greater median income and net worth, benefit from compounding wealth transfers through gifting or inheritances. This allows them the opportunity to receive greater wealth from prior generations and invest it further in more appealing housing in better school districts. So the cycle persists.

The map above shows redlining in Austin, Texas from the early 20th century. As Ta-Nehisi Coates explains so vividly in "The Case For Reparations," the federal government through the Federal Housing Administration produced maps that divided neighborhoods by race. The redlined areas, where Blacks lived, would not receive federally insured mortgages. The green areas, where not "a single foreigner or Negro" lived were rated as "in demand" and eligible for federally insured mortgages.

Without access to federally insured mortgages through the FHA, Black Americans found it difficult to purchase homes. The FHA essentially gave white Americans a leg-up, whilst stepping on the chest of Black Americans.

Although FHA redlining formally ended in 1968, racial covenants continued to exist in deeds with limited effect. The placement of interstate highways served to continue redlining by placing physical divides on the borders of formerly redlined communities. You can see on the map above where I-35 will later divide Austin.

Given the challenges of redlining, and the compounding effect of lower-income and net worth over generations it shouldn't be surprising to see that Black homeownership lags behind white and Hispanic homeownership.

Black Americans own fewer assets across all types of assets.

And, the value of the assets that Black Americans do own, lags far behind white Americans across each type of asset.

what can be done?

Given the persistence of the racial wealth gap, the room for error for individual Black clients becomes shockingly small. Navigating the creation, maintenance, and transfer of wealth requires constant vigilance, for most people. For Black clients, the pressure must be even more exhausting.

The need for smart planning for Black families increases in importance and potential value.

The challenge for professionals who want to make a difference for Black families begins with gaining trust. Studying and broadcasting awareness of the issues at hand may be a first step.

But, that trust will not be given freely - with justification. America's banks have long perpetuated the racial wealth gap and continue to exploit the vulnerability of the Black community. In one case, a large bank approached Black leaders with the promise of financial education seminars. It turned out that these were actually marketing tactics. They aimed to push Black families into sub-prime mortgages - regardless of their credit scores. (see How The Other Half Banks: Exclusion, Exploitation, And the Threat To Democracy by Mehrsa Baradaran, page 160 & footnote 87)

some suggestions on the micro-level

I can seek to use whatever skills I possess to empower Black clients to protect themselves, their families, and their assets. I can do so as vigilantly as those that would seek to exploit them further have done and continue to do every day.

Asset diversification would help Black individuals increase wealth. Black families tend to weigh their portfolios more heavily towards real estate than equities compared to white families. "White middle-class families are more than twice as likely to own stock than [B]lack Americans." (see The Whiteness of Wealth by Dorothy A. Brown, page 175 and footnote 20). Average returns on real estate have historically paled in comparison to the average returns on equities.

If investing in equities, one must avoid high fee products. Choose cheap index funds where possible. And when available, fully contribute as much as you can to tax-deferred or tax-free investment vehicles. If that is not possible, at least contribute up to any employer match.

Social Security optimization will help create a higher floor for Black retirees. Because it benefits from yearly inflation adjustments, this can prove a powerful resource for most retirees.

These suggestions may seem lame in the face of the tragedy outlined above. However, these alone would definitely help individuals by securing hundreds of thousands of dollars over a lifetime that might otherwise have stayed on the table. Helping clients one by one maintain and grow their wealth through smart planning could have an impact, eventually.

If you are interested in further suggestions, I have several FREE resources available to get you started.

Frankly, in terms of individual Black clients, although I can fight vigorously on their behalf, I cannot make a dent in the enormity of the issues laid out above. Despite the length of this post, I have only grazed the surface of the racial wealth gap. For a more in-depth treatment, I highly recommend From Here To Equality by William A. Darity Jr. and A. Kirsten Mullen, along with the other books and articles linked above.

Oh, and the conclusion of the article The racial wealth gap, 1860-2020 by Dr. Derenoncourt et al that I referenced at the beginning of this post?

Under ideal conditions (assuming equal opportunity), her simulations reveal that the racial wealth gap will close to 2 to 1 in 2130 when Black-white incomes would finally converge.

Alas, as we have seen, ideal conditions do not as of yet exist.