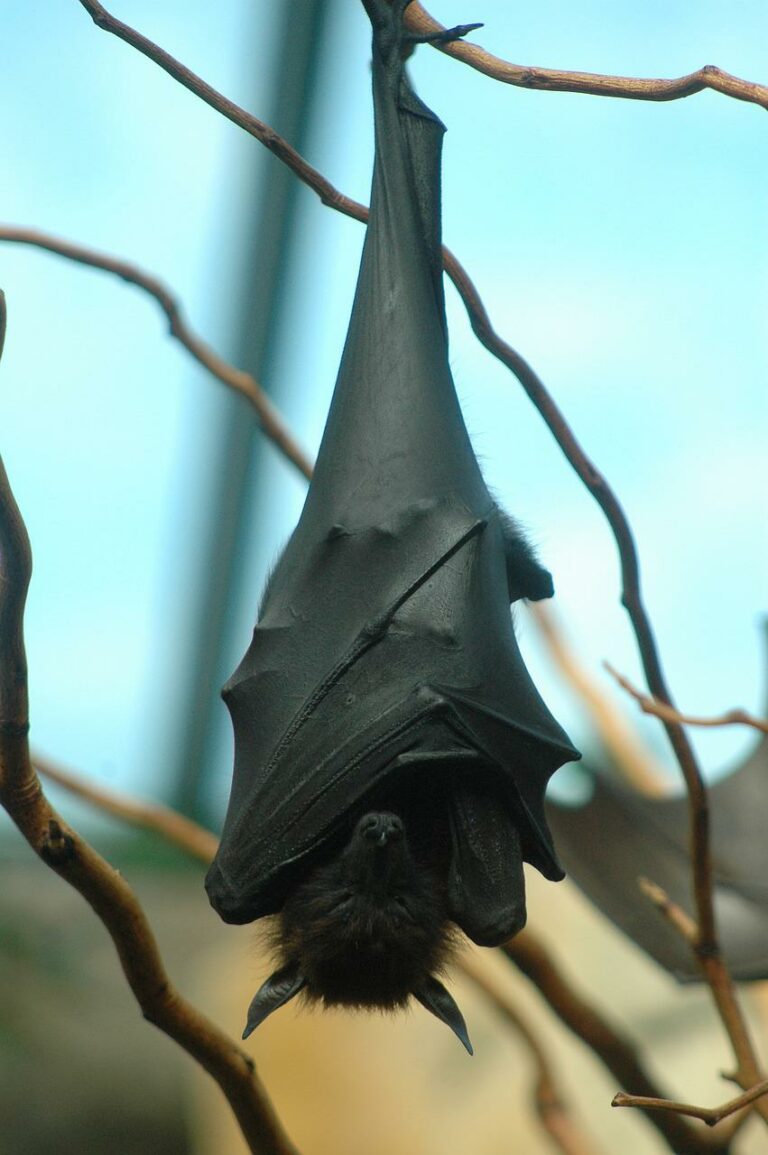 As an estate planning attorney in Austin, I can tell you, that summer starts early and suddenly. It is now summer. When I'm not helping clients achieve their life and legacy goals, I'll head over to The Hive. I'll order an iced coffee and perhaps muse about celebrity estate planning issues.

Meat Loaf, whose real name was Michael Lee Aday, passed away earlier this year at seventy-four. The singer behind 1977's Bat Out of Hell—one of the best-selling albums of all time—experienced ups and downs befitting his larger-than-life persona. He hit bottom with his 1983 bankruptcy but rode a 1990s career rebirth to newfound financial success. The musician, actor, and producer's net worth was estimated to be $40 million at his death in January 2022.

There is no questioning the legacy of one of rock and roll's biggest icons. But there are still unanswered legal questions about the fate of Meat Loaf's estate. Many stars, including Jimi Hendrix, Aretha Franklin, Prince, and Michael Jackson, died without wills. Sparking long legal battles among surviving family members. There is no evidence to suggest that Meat Loaf died intestate (i.e., without a will). But, why oh why should that stop us from speculating about his estate planning issues?

The Rise, fall, and rise again of meat loaf

Meat Loaf titled his 1999 autobiography To Hell and Back.[1] Described as a "rages-to-riches-to-rags-to riches" tale, it encapsulates a life that seemed to have few dull moments.

Many would describe Meat Loaf's style as theatrical. And, he may have been taking cues from his early career as a stage actor. Meat Loaf appeared on Broadway in Hair and The Rocky Horror Picture Show. He also acted in the Rocky Horror film, before releasing his first album, Bat Out of Hell, in 1977.

The album became the third-best-selling album in history. But its success sent Meat Loaf into a downward spiral of drugs, erratic behavior, and broken relationships. In 1983, facing dozens of lawsuits from his musical partner, Jim Steinman, over song rights, Meat Loaf filed for personal bankruptcy.[2]

From there, Meat Loaf slowly ascended once again to the top of the entertainment world. He reconciled with Steinman, and the two collaborated on the successful comeback album, Bat Out of Hell II. By his death, Meat Loaf had appeared in hundreds of TV shows. endeared himself to a younger generation of fans thanks to his movie roles in Wayne's World and Fight Club, married twice, and had two children.

Although Meat Loaf's $40 million net worth[3] is relatively small compared to the wealthiest celebrities in the world, it is still a considerable inheritance to leave behind. Presumably, his fortune will go to his second wife, Deborah, and his two daughters from his first marriage, Pearl and Amanda.

Meat Loaf adopted Pearl when she was a young child. Pearl's half-sister, Amanda, is six years younger than Pearl. Because he was famously charitable during his life, he may also have included charitable giving in his estate plan. That is, assuming he had one.

As an estate planning attorney, I hope that Meat Loaf did have a plan in place. And that, at a minimum, it addresses the following issues.

Estate Tax and the Lifetime Exemption

At present, most people do not have to worry about the federal estate tax. But, it can come into play for high-net-worth individuals like Meat Loaf. This would be an issue if they fail to take measures to avoid it through thoughtful estate planning.

Congress tied the lifetime gift tax exemption amount directly to the estate tax. By giving away gifts throughout their lifetime, a taxpayer can reduce the value of their estate. Thus at their death, they can avoid or reduce the estate tax. Still, certain gifts also reduce the taxpayer's remaining estate tax exemption at death. Generally, an individual's estate for a 2022 death is not taxable if their estate is less than $12.06 million. However, a married couple can combine their exemption amounts. This is because the first spouse's remaining estate tax exemption can be "ported over" or transferred to the surviving spouse. The surviving spouse can then use it during their lifetime or at their death.

An estate worth $40 million, such as Meat Loaf's, will owe estate tax. However, there are ways to avoid or defer paying the tax. One way would be to use the unlimited marital deduction to leave everything to his wife. This option allows someone to transfer all of their assets (accounts and property) to their US-citizen spouse—including at the time of their death—without incurring gift or estate tax.

Using a bypass trust is another way to avoid the estate tax. So, Meat Loaf could have created a trust to hold an amount equal to his unused individual lifetime exclusion. In 2022 this amount equals $12.06 million. Any excess would pass to his wife either outright or through a marital trust; thereby bypassing estate tax liability. This structure is more restrictive than a 100 percent outright distribution. But, it can offer some creditor and asset protection benefits to the surviving spouse. Meat Loaf's wife would probably benefit from the bypass trust. So this approach is just a variation of leaving everything to her.

The law treats adopted children the same as natural-born children. Most parents of adopted children agree with this stance. And, there is no indication that Meat Loaf would have wanted to depart from it.

Some parents treat their children differently in their estate plan. Not because they do not care for them equally but because the children have different needs. The estate plan can reflect such differences.

Pearl is a musician herself. Not only does she have her band, but she also toured with her father for several years. For example, Meat Loaf's daughter Pearl married a member of the band Anthrax. It is a good guess that Pearl is already financially well-off. So, she is probably not dependent on her father's inheritance between herself and her husband.

Her sister, Amanda, is an actress who has appeared in popular TV shows and movies. So she is probably not hurting for money either. But what if one sister was financially successful and the other was not? In that case, Meat Loaf might have made a provision in his estate plan to account for that difference. Perhaps he would have directed a larger share of his assets to the child with more significant financial needs.

Blended families can prove challenging in both life and death. Someone with children from a previous marriage might have to balance wanting to provide for their children and spouse. There might be concerns if the decedent left all the money to the current spouse. Specifically, if they are not the parent of children from a previous marriage, they might not feel obligated to take care of those children.

For someone like Meat Loaf, who may have been in this situation (there is no evidence that he was; this is just to provide an example), a qualified terminable interest property (QTIP) trust might be a solution. Meat Loaf could have structured a QTIP trust so that his wife would receive income from the trust property throughout her life. But when she passed away, the remainder of the trust assets would go to Amanda and Pearl; and the trust would prevent his wife from excluding them. In other words, if Meat Loaf had set up a QTIP trust, he could have ensured that the funds would distribute according to his wishes; his wife could not control the disposition of the remaining funds at her death.

Instead of setting up a single or "pot" trust for multiple beneficiaries, Meat Loaf could have instead established multiple trusts that took immediate effect at the time of his death. You could create such separate subtrusts or testamentary trusts for different family members to meet their individual needs simultaneously.

There is evidence that Meat Loaf used trusts, so he may have created living trusts that distributed assets during his lifetime. Variety reports that Meat Loaf and his wife held at least two homes in the same trust.[4] It could be that when Meat Loaf died, the property in this joint trust became his wife's exclusive property.

We may eventually know the fate of Meat Loaf's estate. If the estate has to go through probate (for example, if Meat Loaf still owned assets in his individual name instead of in a trust, with no beneficiary designation, or if he used a will-based estate plan with no trusts), the probate records will become public. But if Meat Loaf properly funded and used trusts to his advantage, the details of his plan are unlikely to enter the public record, and we may never know what became of his $40 million fortune.

Meat Loaf owned homes in multiple states, including California, Tennessee, and Texas. But it appears that he died as a resident of Tennessee. State intestacy law would apply if he did not have an estate plan. A Tennessee probate court would oversee the domiciliary proceeding. While California and Texas would have jurisdiction over the real estate subject to any ancillary proceedings there. In addition, the state's laws where real estate is physically located typically govern what happens to that property when the owner dies. This could possibly result in different property dispositions in certain circumstances.

not a Sisyphean exercise after all: contemplating celebrity estate planning issues

Though intestacy laws intend to accomplish what a state assumes the decedent would want, dying intestate is often a worst-case scenario because the decedent effectively loses all control over the details of their legacy. But it is not just celebrities who require an estate plan. Everybody should have, at the least, a basic will that outlines which assets go to whom. Beyond that, there are many ways to divide assets among trusts. Through savvy estate planning, individuals of any net worth can take control of their legacy. They also have the ability to avoid estate taxes and provide for their loved ones long after they are gone.

I Want to Schedule a free strategy session today!

For help and guidance in designing your estate plan, please reach out to our office and schedule an appointment.

[3] What Was Meat Loaf’s Net Worth?, Celebrity Net Worth, https://www.celebritynetworth.com/richest-celebrities/singers/meat-loaf-net-worth/ (last visited Apr. 27, 2022).